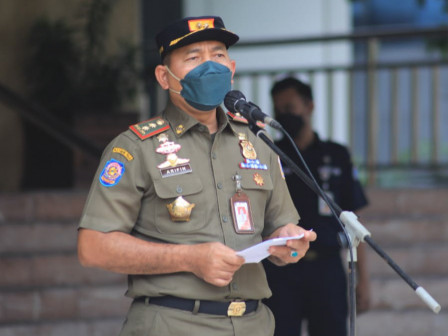 Motorists in Jakarta are being advised to be wary of nail traps scattered on the street by people looking to profit from punctured tires, where the traps are still a common practice in some areas across the city.

To anticipate it, the Jakarta Satpol PP held a ceremony about Nail-trap Sweeping Operation, which was held at the Jakarta City Hall's courtyard, on Monday (10/25). At that time, Jakarta Satpol PP Head, Arifin was instructing his staffs in five regions of Jakarta to intensify nail-trap sweeping operation.

"This is a form of our effort in creating a sense of safe and comfort for Jakarta people against disturbances to peace and public order. Besides enforcing regional regulations and regional head regulations, maintaining peace and public order, we are also tasked with protecting the public from criminal acts," he explained, while giving a speech, as quoted by Jakarta PPID's press release.

"Hopefully, in the future, there will be no more parties or maybe irresponsible people who take advantage of the streets for profit. I also hope this operation can be conducted with all the efforts that we have independently. We prepare these tools and then work with Cyber Community volunteers who have been actively helping to clear nails on the street since 2010," he explained.

Here are the targets of the nail-trap sweeping operation in nail-prone areas:

"Please continue to monitor. Because if we set it by default, the irresponsible parties might move to another place. So don't just focus on the places that have been mentioned earlier. We will be dynamic to continuously make the streets of Jakarta that are friendly, safe and comfortable for motorcyclists," he asserted.

He added, a number of nail spreaders on the street had been prosecuted. His party had cooperated with the police to crack down on criminals in the capital. "We have arrested the spreaders and are currently in the legal process. Their actions are clearly very dangerous and can harm the general public," he asserted.

Therefore, he advised all Satpol PP personnel to always give the best service to the community, especially in terms of peace and public order.

"Thank you for all members who have worked hard in realizing public order so far, including Cyber Community volunteers. They are tireless, independent and sincere to protect the motorists from the scattered nail-traps along the street," he concluded.

While the following is the mechanism for nail-trap sweeping operation in Jakarta:

3. Patrol through the picket unit to anticipate the spread of nails early 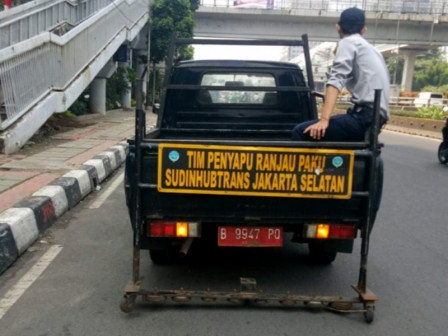 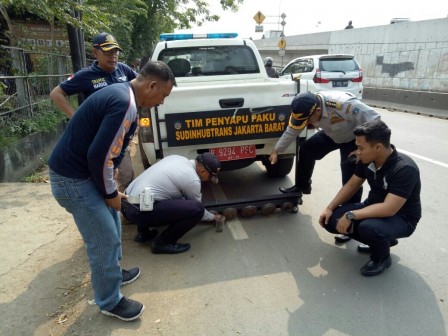 W. Jakarta Sudinhub will Do Sweeping on Nail Traps-Prone Roads 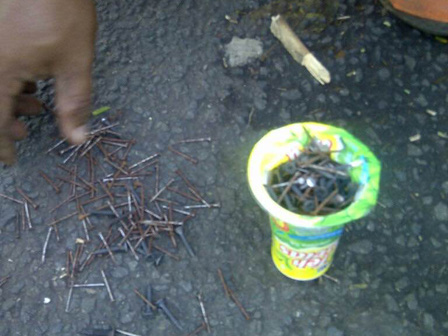 CCTV will Be Installed in Nail Traps-Prone Areas 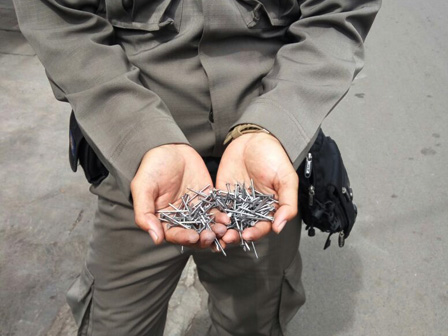 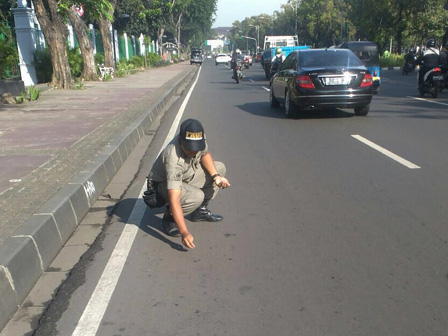