28 Sanctioned After not Wearing Masks on Jalan Soemarno 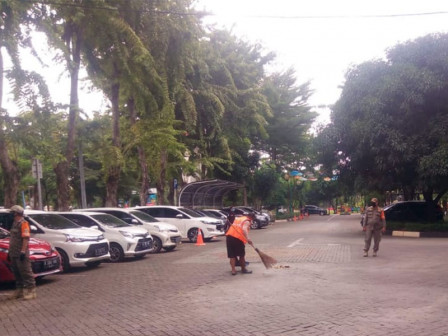 As many as 50 personnel of Satpol PP, netted 28 people who violated the large-scale social restrictions (PSBB) rules in the mask operation on Jalan Soemarno, East Jakarta, on Monday (1/11).

He added the money will be deposited to the regional treasury.

"Hopefully it can give them deterrent effect thus they can increasingly comply with health protocols," he said.