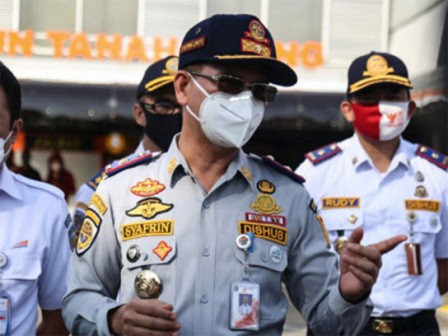 At least 2,000 personnel of Jakarta Transportation Agency (Dishub) will be deployed to secure New Year holiday.

" Each place will have 4-5 personnel"

Jakarta Dishub Head Syafrin Liputo said, they are alerted up to January 4. They would be concentrated in Pulogebang, Kampung Rambutan, Kali Deres and Tanjung Priok bus terminals.

"Each place will have 4-5 personnel. We also continue to promote health protocols together with army and police," he expressed, Monday (12/28).

"One more thing is every passenger at the terminal, station, port and airport is required to have a rapid antigen test result," he closed.