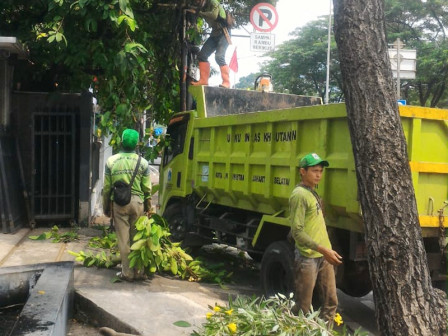 Along January - August, as many as 15,796 trees alongside artery roads, protocol roads, parks and residential areas across 10 sub-districts were pruned by officers of South Jakarta Park and Urban Forest Sub-agency, on Wednesday (9/9).

"Hopefully it can create a sense of safe and comfortable to residents and motorists," he hoped.