JPS: CSR must Be Optimized to Support KSBB 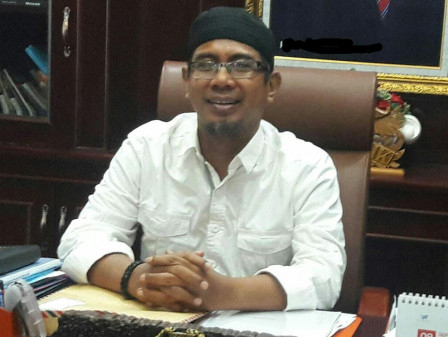 The Jakarta Public Service (JPS) appreciates and supports Jakarta Provincial Government, which initiated the large-scale social collaboration (KSBB) in helping residents affected by COVID-19. Hence, they want the company's corporate social responsibility (CSR) funds to be optimized in the KSBB.

"The amount could be higher if all CSR companies in Jakarta were united. The city must soon collect data, as CSR is an obligation of the company that is officially regulated," he expressed, Monday (5/4).

It could be optimized to help workers who have been laid off without being given a salary.

"Local RT/RW must also be involved here to collect their data," he explained.

If the data collection has been done, he continued, aid should be given by transfer, which means it is no longer in the form of food packages.

"They surely really need money to make ends meet, including paying rent for example. I'm sure the majority of Jakartans already have a bank account," he continued.

"This COVID-19 pandemic has been a difficult time. But everything will be lighter if we can work together to help those in need," he stated.

As for the information, since April 24 to May 2, the Pokja KSBB had compiled commitments for 40,913 staple packages, 20,447 fast food packages and 9,015 Eid packages for low-income families at RW level. Until now, the aid has been spread in five administrative city areas, 69 urban villages and 118 RWs in Jakarta.

This aid comes from 22 donors and aggregators who have committed (and some have channeled aid) to those in need in the first week of Ramadan. They can conduct it by selecting aid targets through the KSBB platforms or providing funds through aggregators, including ACT, Bazis Baznas, Human Initiative, PMI and Rumah Zakat.

Some donors who have transferred funds into them are JNE (Rp 1 billion) and PGRI SMP Jakarta Rp 545 million) to BAZNAS/BAZIS in the first week of Ramadan, as well as the Indonesian Museum Association (Rp 20 million) to ACT on the second week of Ramadan.

The city still invites all communities to collaborate to ease the burden of other people affected by COVID-19. Via corona.jakarta.go.id/kolaborasi, they can find out all information about priority areas/units that can be assisted based on the number of vulnerable families in each RW area, as well as other social aid target information such as Pesantren (Islamic boarding school), Orphanages, Disability Institutions and Panti Jompo (elderly people's homes).