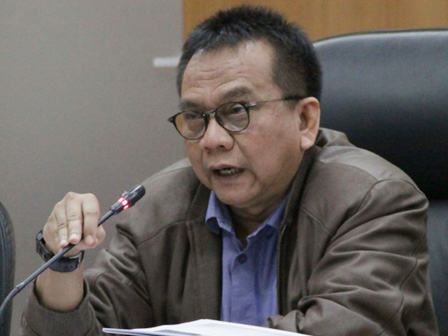 The Jakarta Legislative Council (DPRD) for the period 2019-2024 is about to form the Board Fittings (AKD) in the near future. It will be set after the announcement and inauguration of the DPRD leadership element.

" We believe it can be formed before October 15"

Jakarta DPRD Vice Chairman Mohamad Taufik from Gerindra Faction said the council is awaiting a reply letter from the Home Ministry related with the inauguration of the definitive leadership that had been announced at the Plenary Meeting.

"As I hear, the ministry has signed the letter and has reached the Regional Autonomy Director General. InsyaAllah, next Monday, the inauguration will be finished on Monday and will be continued with the AKD formation," he said, Tuesday (10/8).

"There will be an oath taking of the leadership and four deputy leaders, as well as ratification of the Council's Code of Conduct (tatib). Afterwards, we will focus on the AKD formation," she explained.

Its formation will actually be done in parallel. It is because a number of faction leaders had held deliberations with the proportional principle.

"We believe it can be formed before October 15. By so, 106 members can work to meet their promises to constituents and citizens," he stated.