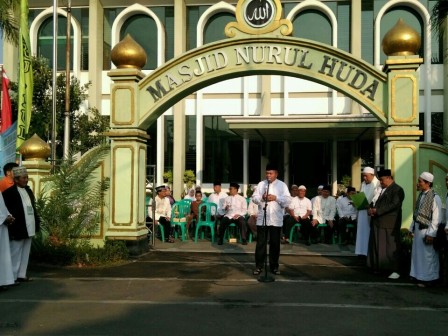 This activity is to commemorate Islamic new year 1 Muharram 1439 Hijri.

"This parade is a part of commemorating Islamic new year in all East Jakarta urban villages," said Bambang at the location, Thursday (9/21).

According to him, this Islamic new year routine tradition can be developed into religious tourism. His side encourages parade participants to be orderly on the road.

At the same place, Pulogadung Sub-district Indonesian Mosque Council (DMI) Head, Hasan Mushodiq said, the participants in tabligh akbar and parade is the representative of 150 mosque caretakers in Pulogadung. They participate the parade by riding 60 motorcycles and 10 cars.

"This is held to commemorate Islamic new year," he closed.