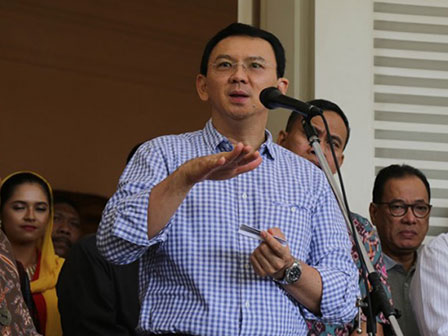 "This week the movie shown is Slank movie "

Head of Household Division of Jakarta General Bureau, Rokman stated, the title of movie shown this week is 'Slank Engga Ada Matinya', for 2 days that is Saturday and Sunday at 1 PM.

He added, Basuki will also be monitoring the tour implementation. It is hoped, the governor's presence could attract visitors.

He explained, the movie screening was a suggestion from citizens who visit City Hall and it was responded by the Governor.

The movie screening takes place in the Great Hall using sharp projector and good sound system like in public cinema. The audience capacity could reach 300 audiences.

The movie is for all ages, since City Hall Tour is a tour for family, students and general public.

The movie screening is also purposed to give a chance for young director of short movies show their work.

"Every week the movie shown is different. In the first week the movie was Bajaj Bajuri, then the next week was Si jago Merah. Well this week is Slank Ngga Ada Matinya," he disclosed.