City Targeting to Have 1,500 Garbage Banks 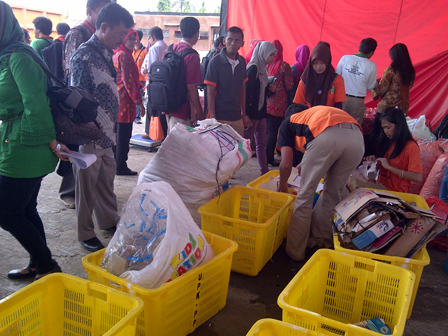 Jakarta Provincial Government keeps trying various ways to solve garbage problem in the capital city. One of them is by adding garbage bank. Even this year, Jakarta Cleanliness Department is targeting to have 1,500 garbage banks in five cities.

We will stimulate people to build garbage banks. This year, we also target 1,500 garbage banks could be realized

Jakarta Cleanliness Department Head, Saptastri Ediningtyas Kusumadewi disclosed her department will keep holding a garbage bank program. This is because the program has been existed in the upstream of garbage.

"We will stimulate people to build garbage banks. This year, we also target 1,500 garbage banks could be realized. Many institutions or government and private offices, schools, shopping centers, etc, can support this program," she stated, Tuesday (2/17).

She exclaimed to build garbage bank is very easy and simple. It only requires a land for shelter and willingness to manage it, plus sorter and scales tool.

For the initial stage, she holds the garbage bank in her office and then continued to sub-department offices in five cities and Seribu Islands. The employees are also required to supply dry garbage into the garbage bank. Each employee would receive a garbage passbook, in which 1 kilogram of garbage priced at Rp 1,000.

Nuralimah (38), an integrated garbage bank controller at RW 09 Ciracas, East Jakarta, disclosed every month, the bank can produce 1 ton of dry garbage and then 300 kilograms of wet garbage every week to be used as compost.

"Dry garbage is re-processed into a variety of interesting items at economical prices. They are like tote bags priced at Rp 100-150 thousand, tissue box, pencil box, notebook, etc. But its promotion is unoptimal and cannot be sold expensively, because we use used goods material," she explained. 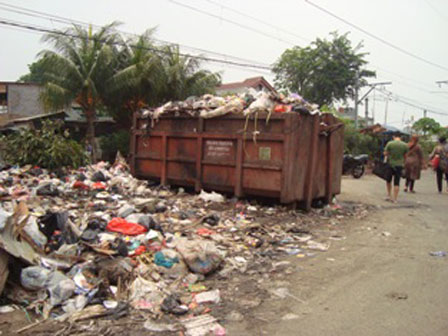 Garbage Production in West Jakarta is the Highest 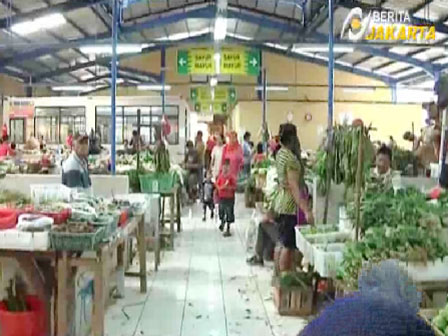 Djarot: We should Process Garbage into Fertilizer 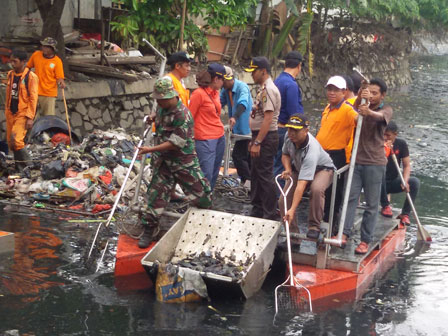