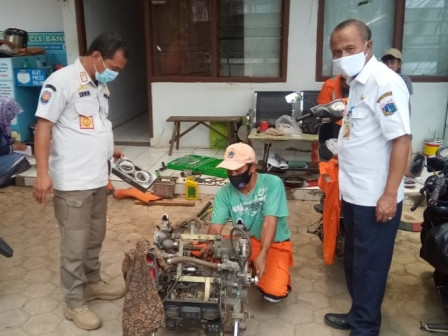 Six PPSU members under Pinang Ranti Urban Village, Makasar, East Jakarta were instructed to fix a broken pump due to a faulty component, on Wednesday (10/13).

It was done when they were checking the condition of the supporting infrastructure for flood handling stored in the warehouse, ranging from generator engines, mobile pumps, buoys, mines, flashlights and so forth.

"Two personnel understand about the mechanic so they fix it right away," said Pinang Ranti Urban Village Head, Haris Indrianto.

According to him, it had been kept in a warehouse as it had not been used for a long time. Usually it was only used to pump water when there was a flood in the area.

"This pump was a grant from the East Jakarta Fire and Rescue (Gulkarmat) Sub-agency about 10 years ago. It is still pretty good anyway," he concluded. 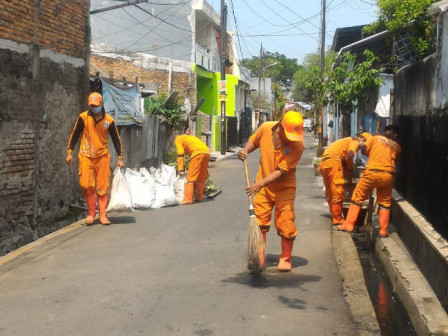 Channels and Weeds on Jalan Puspa II Being Cleaned 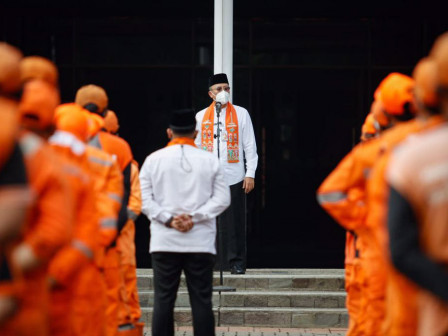 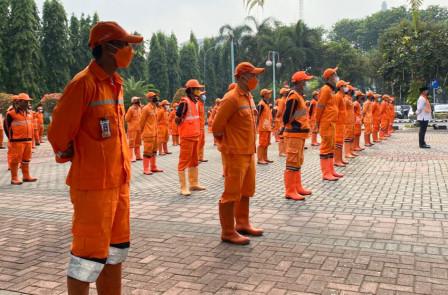 Jakarta Instructs PPSU to Get Ready for Rainy Season 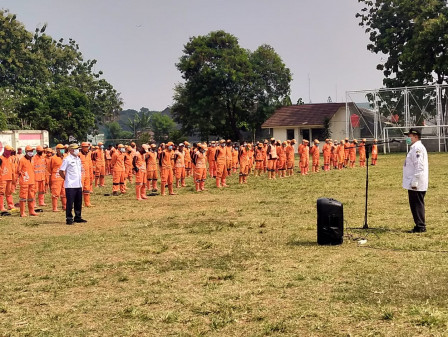 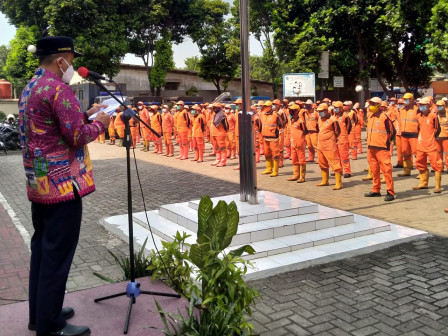