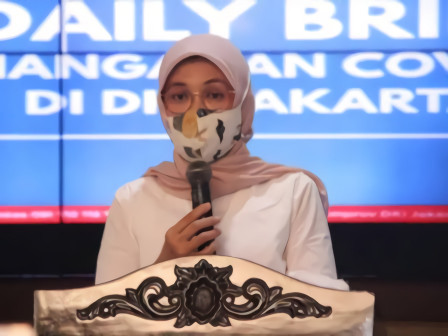 The Jakarta administration is committed to making various efforts to accelerate the handling of the Covid-19 pandemic. It is because the specimen positivity rate in Jakarta is the lowest in Indonesia according to the evaluation report from the Health Ministry (Kemenkes) as of August 31.

Alhamdulillah, the specimen positivity rate in Jakarta has reached 6.8%, which is the lowest in Indonesia

One of the efforts that support the low positivity rate in Jakarta is the administration's seriousness in conducting testing, tracing and treatment (3T).

"Alhamdulillah, the specimen positivity rate in Jakarta has reached 6.8%, which is the lowest in Indonesia based on data from the Kemenkes. The daily active cases continue to decline due to the efforts of all parties collaborating together with the administration and give support in accelerating the handling of the pandemic in Jakarta," expressed Jakarta Health Agency's Disease Prevention and Control Division Head Dwi Oktavia Tatri Lestari, Thursday (9/2), as quoted by Jakarta PPID's press release.

"The tracing ratio of 6.7 is also quite good. Because it means from 1 positive case, a PCR test is done for 6-7 close contacts. We'll continue to improve the tracking ratio thus it can be above 10 in accordance with the ministry's target in the SILACAK report," she explained.

SILACAK is an application made by the Health Ministry to support tracing strengthening programs throughout Indonesia. She explained, the agency had trained testing and tracing officers in Jakarta to immediately enter data in an orderly and neat manner into the SILACAK system when they found out that there were people who had been exposed to Covid-19. However, there were still some obstacles in the system as the NIK of close contacts that had been entered cannot be re-entered.

"Because one person can be a close contact with several people over a period of time, but cannot be entered back into the system. Hence, we will continue to work and coordinate with the ministry to overcome it," she continued.

In the future, the administration would continue to intensify 3T to reduce the positivity rate in Jakarta, as well as various other efforts in the context of accelerating the handling of the pandemic. For instance, vaccination programs are still being actively done in collaboration with various parties.

"The existing data shows that Jakarta's achievements in dealing with the pandemic have shown a downward trend in cases. However, we must not be careless and must remain vigilant. That's why we continue to intensify 3T and vaccination in order to reach herd immunity optimally. Certainly, do not forget to obey with health protocols," she asserted. 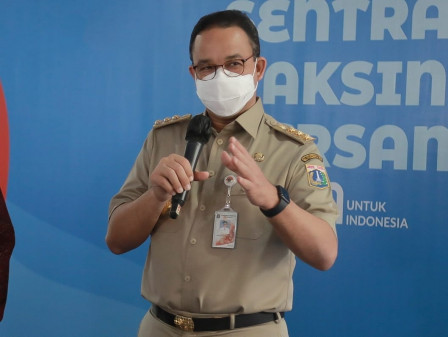 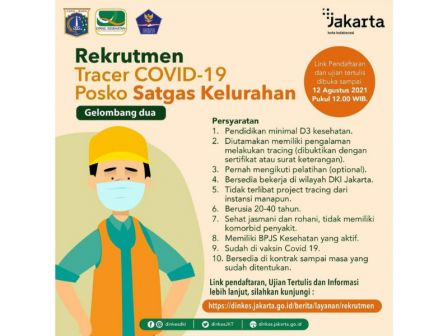 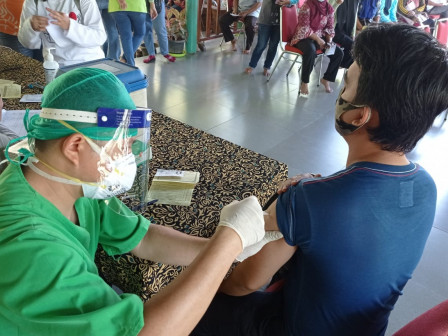 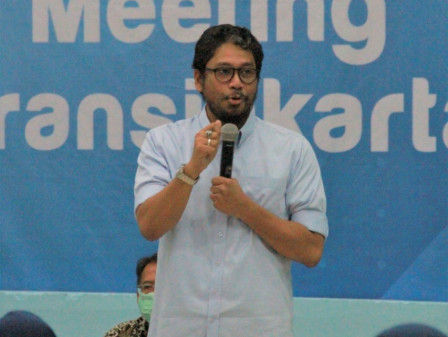 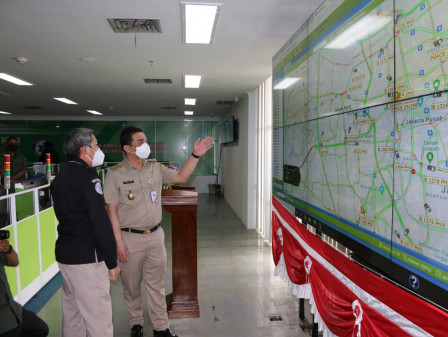