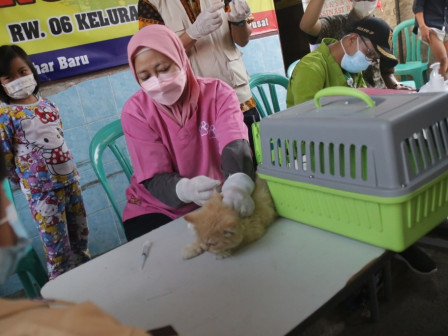 (Foto: Folmer - Beritajakarta.id)
The Central Jakarta Maritime, Agriculture and Food Security (KPKP) Sub-agency has noted that rabies vaccination has been given to 296 rabid animals belongs to local residents in Tanah Tinggi and Galur urban villages.

Thus far, we have vaccinated around 1,846 animals since January until August 26

According to Penty Yunesi P, Sub-agency Head of Central Jakarta KPKP, the rabies vaccination was held in two urban villages for four days, precisely since Monday (8/23) to Thursday (8/26).

"This is absolutely free. Thus far, we have vaccinated around 1,846 animals since January until August 26," she stated. 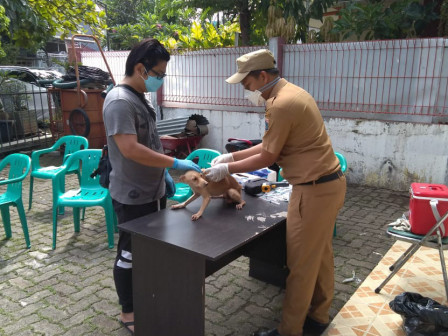 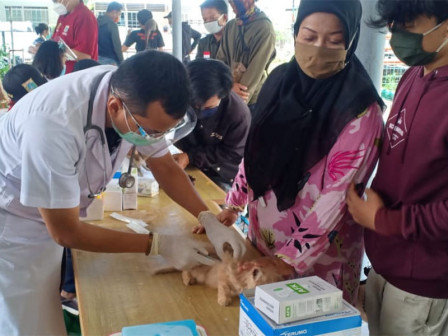 1,126 Pets Have Been Vaccinated Against Rabies in South Jakarta 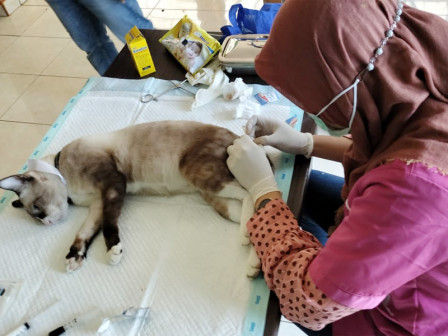 178 Pets in Ragunan Spayed/Neutered and Vaccinated Against Rabies 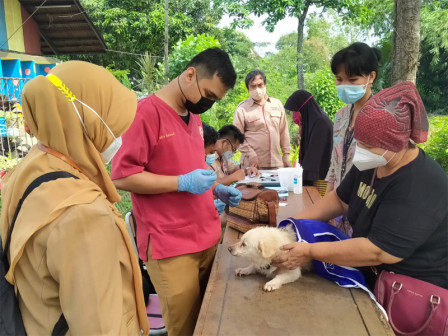