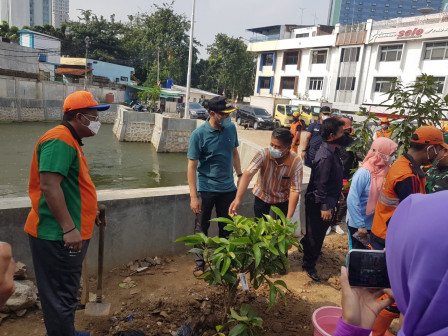 "Planting trees and hydroponic vegetables are also carried out in conventional land located in Kebon Kosong Urban Village," he added.

Through planting trees and releasing fish fingerlings, he expected residents can be more aware about environmental sustainability since it can support human life, including food security.

"We want all elements within Central Jakarta Government to have a high concern for preserving the environment," he asserted.