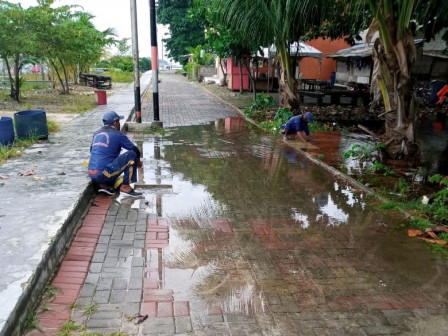 "We have cleaned the channel and drainage control thus water starts to recede," he expressed, Tuesday (5/18).

He added that this action involved as many as eight personnel.

"Now residents are able to cross again and have their activities through the ring road on the south side which was inundated," he stated.