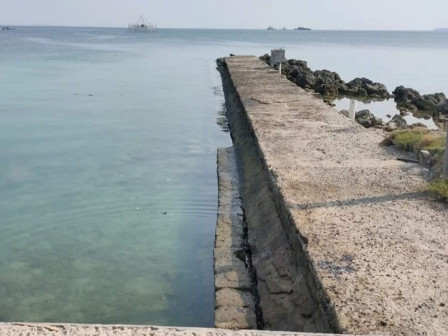 " Alhamdulillah some points have started to look clean"

"We have coordinated it with Pertamina for further action," he expressed, Wednesday (4/26).

"Alhamdulillah some points have started to look clean" he explained.

Separately, Communications Relations and CID PHE ONWJ Manager Hari Setyono uttered that the clearing of pitch waste from the coastal area was packed using bags and collected at TPS on each island.

"The waste will then be transported by ship to be processed by authorized parties. We also plan to send protective gears to the officers in the field," he stated.

Regarding the compensation process for affected residents, his party would discuss it further.

"Our current focus is on handling the spilled oil first," he stated.