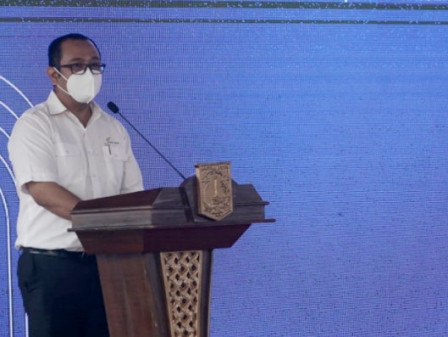 Traders left marketless after a fire razed an area of Block C in Pasar Minggu Market, on Monday night are to be relocated to a temporary shelter in Block B set up by the Perumda Pasar Jaya.

" We will soon find a solution for them"

Pasar Jaya President Director Arief Nasrudin revealed, based on the results of the inventory, the fire devoured 391 of the 392 stalls in Block C.

"This market building consists of five blocks and the one that burned yesterday was only in Block C. There are five floors, where there is a place of business in the basement until the first floor, the rest is for parking vehicles," he expressed, Tuesday (4/13).

He explained the burning place of business was mostly used by traders of groceries, ground spices, vegetables, spices and others. Until now, they were still not allowed to enter the location, because of the police line.

Thus far the current active trading activity was only in Block D which mostly sells vegetables and fruit. As for activities in Block B, E, and F were still waiting for the electricity to return to normal.

"We will soon find a solution for them. We are also still waiting for the results of the investigation regarding the feasibility of the building structure in Block C that caught fire," he uttered.