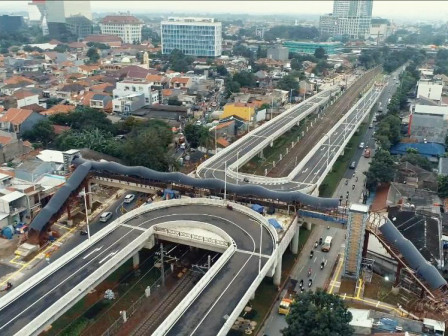 " These flyovers are expected to reduce traffic congestion that often occurs"

"These flyovers make it easier for road users who want to make U-turn on two roads. It is still on trial while we completing pedestrian bridge (JPO) construction. Based on observation, there are several notes that should be worked out and coordinated with relevant SKPDs," he mentioned, Tuesday (4/13).

He explained that Bina Marga Agency will continue to observe and evaluate vehicles movement and road users' safety and comfort in using Lenteng Agung and Tanjung Barat Flyovers.

"These flyovers are expected to reduce traffic congestion that often occurs due to queues of vehicles on railroad crossing and shortening route for vehicles that usually make a turn on railroad," he said.