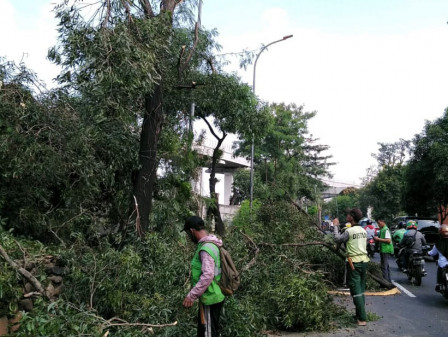 Five acacias pruned on Jl. Mabes Hankam, Ceger, Cipayung, East Jakarta, on Thursday (4/8). Trees were pruned because it is prone to fall.

Moreover, he added, these five shady trees were located near guardrail between Jl. Mabes Hankam and intersection of Jalan Tol Jagorawi which connected to Jalan Tol JORR. If it falls, it is feared the trees will block both roads that are always full of vehicles.

"We prune five acacias on Jalan Mabes Hankam to prevent it from falling," he said.

"Our personnel climb those trees and cut the shady branches that hung onto the road," he informed.