Jakarta to Build 12 Green Parks in May 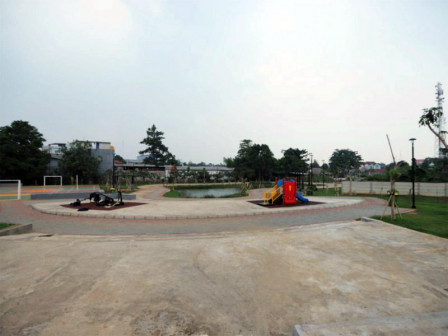 Data and Information Center (Pusdatin) Head, Iva Murcahyo disclosed each park would have an area between 1,000 to 5,000 square meters.

He explained it was still under the auction stage and was predicted to be realized in the forthcoming May.

"We'll spend a budget of Rp 28 billion," he explained.

We went on to say that the park's design and function would combine the green function and the blue function as a green open space which also functions to accommodate water when the rain intensity was high.

"It will be completed with public toilets, park benches, children's playgrounds, jogging tracks, and sports arenas," he stated.

He added the facility would have their own uniqueness as they were built according to the needs of the surrounding residents, such as a park with an artificial lake, a library, an amphitheater, including a play area and sports for young people, namely, parkour and skateboarding.

"Besides adding green open space and as water storage in Jakarta, the park can also encourage people with a better quality of life," he said.