Commission A Member Collects Aspirations of Residents in Kebon Baru 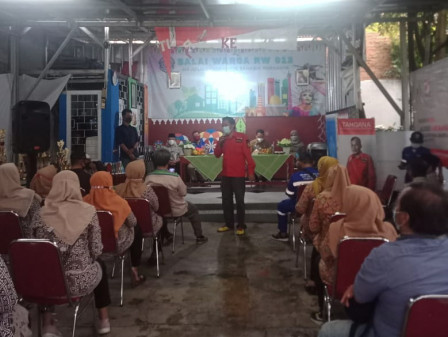 " What the residents want more is about draining up mud in drains, involvement in IMB processing and requests for medical devices"

According to him, the aspirations of the residents conveyed were draining the drains, involving RT/RW caretakers in processing a building permit (IMB), providing medical devices for posyandu, specifically for elderly health.

"What the residents want more is about draining up mud in drains, involvement in IMB processing and requests for medical devices," he explained.

He went on to say that the reason the RT/RW caretaker involved in IMB was to help the government when there was construction in the area, given the large number of residents in the area who when building, the buildings permanently closed the drains.

As a result, the drain was tightly closed thus the officers had difficulties to conduct draining, which makes many drains in the area dense with mud and garbage, making it prone to flooding when it rains.

Then they requested for medical devices, such as blood pressure devices and accessories to make it easier for the best health services for the elderly.

"I'm going to coordinate the aspirations with the related SKPD, for the sake of preventing inundation and improving public health," he uttered.