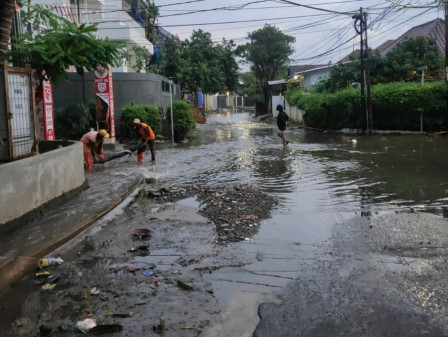 " And now the water has receded completely"

Pela Mampang Urban Village Head Yunaenah said, the Pondok Karya area was inundated due to overflowing waters of the Kali Mampang River when heavy rain poured the city in the afternoon. The water level reached 20 to 30 cm.

"We send five personnel to conduct cleanup at the location," he expressed.

Along with the decreasing overflow of river water and the smooth flow of water in the channel, the puddles in the area began to recede.

"And now the water has receded completely," he said.