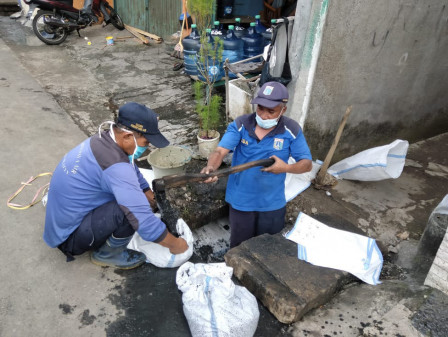 " As a result, the channel cannot accommodate rainwater maximally"

"As a result, the channel cannot accommodate rainwater maximally," he said, Thursday (3/4).

He explained as many as 12 personnel had been alerted to the location. They divided into three segments and each segment was worked on by six personnel.

"It has been ongoing since February 8. It is done as deep as one meter and will be complete in three months ahead," he stated.