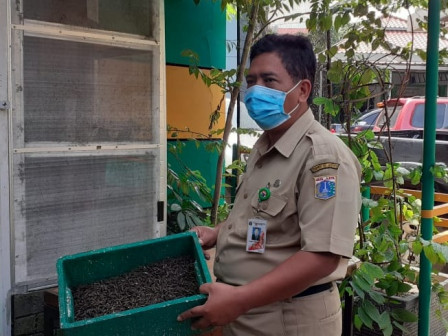 The West Jakarta Environmental Sub-agency is targeting to build five waste banks in every quarter of this year.

" We already have 795 waste banks spread over eight sub-districts"

According to him, its existence was very helpful of reducing waste by around 24 percent by a total of 1,400 tons per day, which had exceeded the target by 22 percent.

"Organic waste contributes to the highest figure, namely 60 percent, then followed by B3 waste at five percent and so forth. That's why we have our own method for processing organic waste, namely using magot," he said.