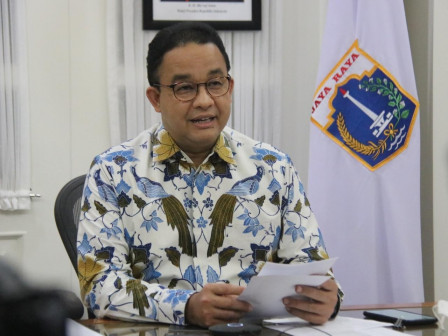 Through Jak Lingko scheme, Jakarta has succeeded in reaping achievements in the transportation sector at the international level. They successfully won the 2021 Sustainable Transport Award (STA) and became the first city in Southeast Asia to receive it.

The award will be given virtually on Thursday (2/25) at 7 PM via the ITDP Youtube channel (https://youtu.be/zXCk0x-QbSM) and the STAward.org website (https://staward.org/2021- sustainable-transport-award-ceremony/) or via Youtube channel belongs to Jakarta Provincial Government on Friday (2/26) at 10 AM. It is also a form of celebration for two cities committed to ease of transportation, namely the city of Jakarta, Indonesia as the winner of the 2021 STA and the city of Lviv, Ukraine as the recipient of the Honorable Mention. The Governor, Anies Baswedan, will attend to receive the award.

Jakarta Governor Anies Baswedan expressed pride in Jakarta and its commitment to continuously strive for a sustainable transportation system whose ultimate goal was the comfort of its residents.

"Alhamdulillah, Jakarta was chosen as the best city in the world in the 2021 STA award. I'm also proud of Jakarta's achievement in increasing integrated transportation innovation. This is a reminder that we must improve our existing transportation services," he expressed, quoted by Jakarta PPID's press release, Thursday (2/25).

STA is an annual award event for cities that have shown commitment, political will, and vision in the fields of sustainable transportation and urban development. The success of the capital city of Jakarta has been achieved through various sustainable efforts in the transportation sector, as follows:

1. Integrating a microbus with Transjakarta services in which 10 minivan operators agree to join Transjakarta. Jak Lingko allows residents to change modes of transportation using microbus and Transjakarta buses at a fixed rate within 3 hours

2.  Launching Jakarta MRT and Jakara LRT, which are also great momentum for the public transportation system in Jakarta

3. Integrating transportation services, either physical or payment. It is proven by the construction of Transjakarta stations and routes that are integrated with Jakarta MRT, Jakarta LRT, and microbus

6. Changing the function of the Kendal Tunnel as a pedestrian-only area that is convenient to connect train stations, Jakarta MRT stations, Airport Train stations and Transjakarta bus stops. It is built to support the transportation integration program, while still considering the comfort of the residents

7. Ongoing effort to build a bicycle path, which has been built 63 km. Currently, 200 km of protected bicycle tracks are being built, with plans to build 500 km of tracks in the forthcoming year. It is realized during the COVID-19 pandemic when there was a 500% surge in cyclists on Jakarta's main roads. Even, in high-volume travel areas, such as in Dukuh Atas, Jalan Sudirman, the number of cyclists has increased by 1,000%. It is later strengthened by a pop up bike lane (temporarily protected bicycle track) and Gubernatorial Regulation number 51/2020, which instructs pedestrians and cyclists to prioritize during the Large-Scale Social Restrictions (PSBB)

8. Encouraging the public to use bicycles as a means of transportation, there is also a bike-sharing system with 120 ready-to-use bicycles. A number of bicycle parking lots have also been existed at stations that is more affordable and good for the environment (non-emission)

9. Changing the function of the Thamrin 10 park and ride facility, which was previously a private vehicle parking area, into a creative economy business space. It aims to promote restrictions on private vehicles in the city center