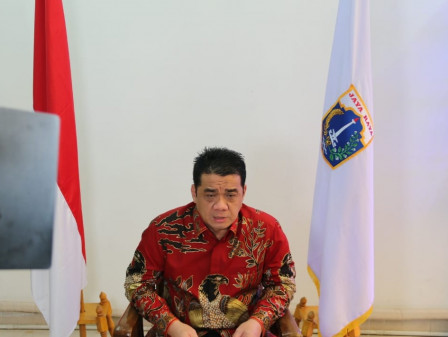 In response of this matter, Jakarta Vice Governor Ahmad Riza Patria appreciated and welcomed the cooperation made by the Jakarta administration through Bapenda, Bank DKI, OPD and other stakeholders with the BI in term of QRIS Dynamic for PBB tax payment through various types of electronic money applications.

"I appreciate them (BI) who have developed the digitalization of payments in Indonesia. Alhamdulillah, last year, they had cooperated with Bapenda and Bank DKI to implement innovation using QRIS for this year's tax payment," he expressed, when he became a speaker in the Virtual Seminar "Digitalization in Optimizing Regional Revenue - QRIS Dynamic for Jakarta PBB Tax" in Besakih, Kuningan, South Jakarta, Thursday (2/25), as quoted by Jakarta PPID's press release.

He went on to say that QRIS was very helpful, especially amid the COVID-19 pandemic, because of the easier access to tax payments through various electronic money applications. Thus it could reduce the risk of spreading COVID.

Aside that, it was known to carry the SUPERIOR spirit (Universal, Easy, Profitable, and Direct) in order to encourage transaction efficiency, accelerate financial inclusion, advance MSMEs, which in turn could recover economic growth. Which was why, it should be socialized for optimal results, especially in regional revenue transactions as a form of cooperation between the administration with the BI and other stakeholders.

"Once again I appreciate and welcome them who have hold the seminar, which aims to educate and socialize us about digitization of payments," he explained.