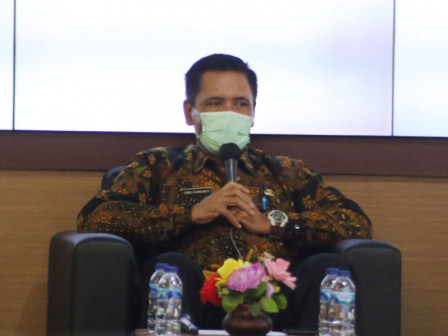 Jakarta Government has confirmed all inundation in Jakarta after extreme rain has receded.

" On Monday morning at 3 AM, it is confirmed that it has receded 100 percent"

"On Monday morning at 3 AM, it is confirmed that it has receded 100 percent. We would like to thank and appreciate all levels of cross-OPD in Jakarta Government, TNI-Police, PMI, Community Organizations which are directly involved in efforts to save and ease the burdens of our brothers and sisters who are affected by extreme rain last weekend," he said, Monday (2/22) as quoted from Jakarta PPID Press Release.

Based on data from Jakarta BPBD, all residents who have evacuated now have returned home. However, he continued, Jakarta Government still provides tent facilities and food needs for the affected residents while post-flood cleanup is being carried out.

For information, on Saturday morning, Jabodetabek experienced rainfall above 150 mm/day. For Jakarta area, the category was extreme which up to 226 mm/day. Jakarta BPBD had made data recap in handling major flood events in Jakarta from year to year which referred to high/extreme rainfall intensity that happened last year with rainfall reached 377 mm/day.

"Data displayed is data that represents major floods in Jakarta," he informed.

Moreover, complete cross-year flood data is also available on the application/site, as well as Jakarta Government's open data portal through Jakarta Open Data that can be accessed on url/link:

"Regarding data, Jakarta Government is committed to be always open to public. People can access flood information in real time through Pantau Banjir application," she mentioned.

In order to anticipate extreme weather which predicted by BMKG that it will occur again next week, Jakarta Government will improve its performance in order to minimize impact of extreme weather. People are urged to be vigilant in facing rainy season. For people who want to download flood preparedness guide, it can be accessed at bit.ly/PanduanKesiapsiagaanMenghadapiBanjirJakarta.