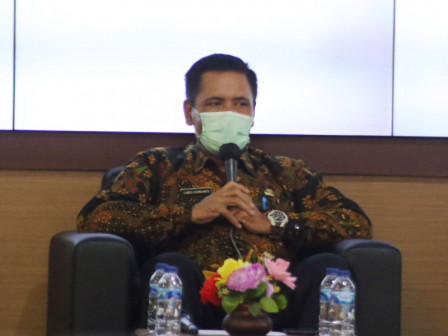 The public, especially in Jakarta, needs to watch out for potential high intensity rainfall on February 19-20. Early warning has been issued by the National Institute of Aeronautics and Space (LAPAN) and the Meteorology, Climatology and Geophysics Agency (BMKG). That is why, the Jakarta administration will also be alert and speed up handling in puddle and flood-prone areas.

Jakarta BPBD Acting Head, Sabdo Kurnianto revealed, the heavy rain that had occurred since Thursday (2/18) at 11 PM in Jakarta had spread to various regions. Based on the results of LAPAN's satellite monitoring, predictions of rain and wind at an altitude of 850 mb (1.5 km) were still ongoing on Friday (2/19) at 5 PM.

"Beware of the potential for rain accompanied by lightning and strong winds in South and East Jakarta in the afternoon to late afternoon; South, Central and North Jakarta in the evening. It will always be updated if there is a change in wind and shifting clouds. We urge the public to remain vigilant, as it is predicted that extreme weather will also occur until tomorrow," he expressed, as quoted by Jakarta PPID's press release.

He explained Jakarta had deployed personnel using mobile pumps to speed up water extraction in residential areas and roads affected by inundation. Aside that, monitoring and operation of the sluice gate were also continuously conducted.

"If there is still overflow from the river or drain, it won't be able to drain the water. For now, a number of areas are still affected by inundation, because of the overflowing waters of connecting channels and rivers, as happened in East Jakarta," he explained.

Based on the data of Jakarta BPBD, several points in West and East Jakarta were still affected by inundation, due to the high intensity of rain. In West Jakarta, it covered 3 urban villages, consisting of 3 RWs and 3 RTs, but no evacuation. While in East Jakarta, inundation was also caused by the overflowing waters of Sulaiman connecting channel and Sunter River, it covered 9 sub-districts, consisting of 31 RWs and 96 RTs, as well as 182 households or 694 people still displaced.

"All puddles are being handled by the ranks of Jakarta Water Resources (SDA) Agency and Urban Village PPSU. Then in East Jakarta, especially in RW 02 and 03, Cipinang Melayu Urban Village, we're still doing pumping at Sulaiman and Kalimalang connecting channels. By so, water can recede in the next few hours in future," he concluded.

He added the BPBD had distributed logistic, as well as set up a refugee camp and a command post for flood victims. Similar action was also conducted by the Social Agency that was by setting up a public kitchen and distributed logistic aid. As the initial stage, the 20 Tagana members who work in the soup kitchen would prepare 2,530 boxes of packaged rice meals, including mineral water for lunch and dinner.