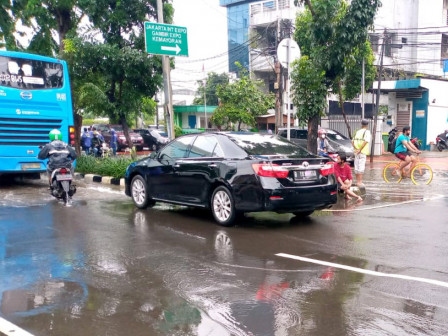 His side handled the inundation by dredging mud from Ciliwung River and installing mobile pumps on the flooded road.

"Mobile pump with capacity 150 liters per second is deployed to drain the flood water on Jalan Bungur," he said, Tuesday (2/16).

For long-term solution, his side will install stationary pump with capacity 500 liters per second on Jalan Bungur Raya, as was done on Jalan Mangga Dua.

His side also proposed to build sluice gates from in front of Golden Truly building until Senen.

"Flood problem on Jalan Bungur Raya could be solved if pump and sluice gates installation is realized," he stated.