Inundation in Cipinang Melayu has Receded 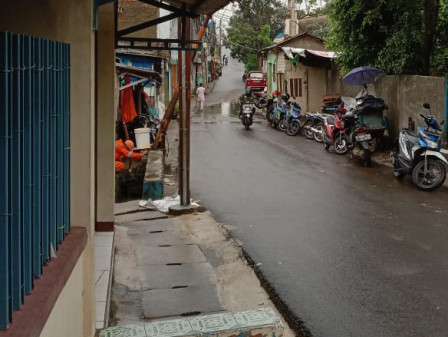 Inundation at RW 02 and 03 of Cipinang Melayu Urban Village, East Jakarta which occurred since 01:40 has receded around this noon.

According to him, location which currently inundated is different from the one which visited by Jakarta Governor, Anies Baswedan and his subordinates last week. RW 04 and 03 which previously monitored by governor have been safe from flooding because Sunter River didn't overflow as happened before.

"Inundation at RW 02 was not caused by overflowing Sunter River, but due to runoff from Halim Perdanakusuma Reservoir to connecting channel Sulaeman. However, inundation has subsided thanks to good cooperation between joint task forces from related units," he explained.

"We are still deploying 12 PPSU personnel to clean the remaining mud and garbage," he conveyed.

"They are quick in dealing with inundation. Residents are very grateful and appreciate their hard work in handling inundation in our region," he asserted.