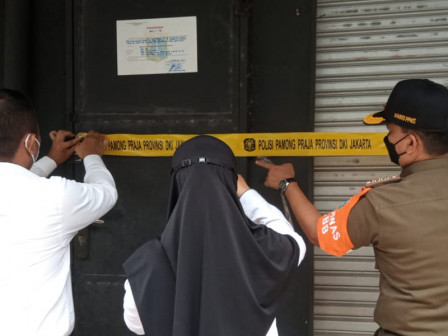 Jakarta Satpol PP Head, Arifin said it was a follow-up to the Business Place Closure Recommendation Letter from the Tourism and Creative Economy Agency number 166/-1858.2 which stated that there were violations that had been committed.

"It is also carried out as an effort to minimize other business places that violate bylaws and/or regional head regulations in the city," he expressed, Wednesday (2/10), as quoted by Jakarta PPID's press release.

He explained the letter stated that the place of business did not have a business permit according to the applicable regulations, violated the business operational time limit, and showed no cooperation with the government in the process of monitoring compliance with the health protocol for preventing coronavirus.

"Once again I say to stay disciplined in implementing the rules during the pandemic. Together we fight the virus with discipline in order to minimize the spread of its cases. If the violator is still found, we won't cease to take firm action," he asserted.

As for the information, since PSBB is set in April until now, the Satpol PP has temporarily closed 2,404 business/workplaces/public places. There are also 551 places of business that are subject to fines with a total value of Rp 2,115,650,000.