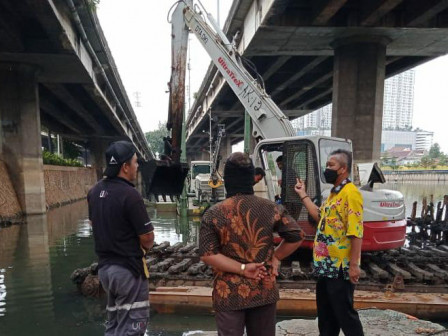 The West Jakarta Water Resources (SDA) Sub-agency is dredging the Grogol Reservoir on Jalan Muwardi, Grogol Urban Village, Grogol Petamburan. It aims to increase the capacity of water and prevent inundation in the surrounding area.

Hopefully it can accommodate water in large quantities when it rains

Drainage Maintenance Division Head Wawan Kurniawan expressed the last dredging was conducted last year. Currently it had been ongoing since early January and was targeted to be completed to four months ahead.

"The current mud thickness in the reservoir reaches 1-1.5 meters with 4 meters depth," he expressed, Tuesday (2/2).

In the field, his side had deployed the heavy equipment type wastemaster in order to suck up mud. Afterwards the mud was then accommodated in the kisdam (a temporary water construction), which had been dammed.

"We also deploy an excavator to pick up mud from the kisdam to the dump truck and then disposed to Ancol area. Thus far the work has touched 20 percent," he said.

In total, there were eight personnel to carry out the work.

"Hopefully it can accommodate water in large quantities when it rains," he stated. 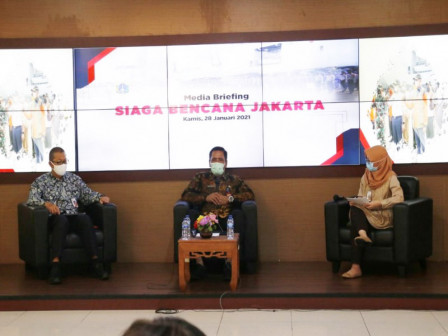 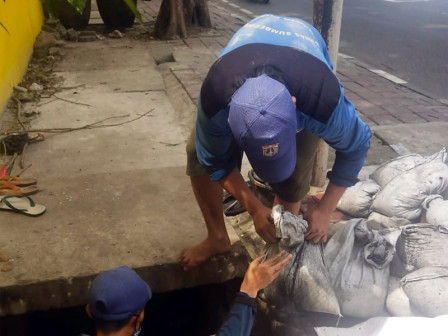 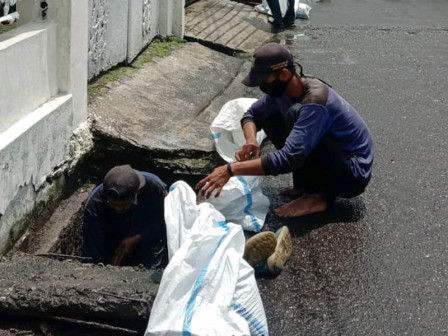 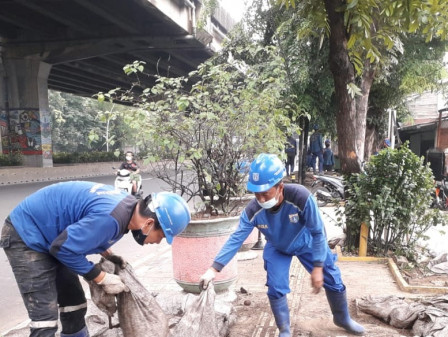 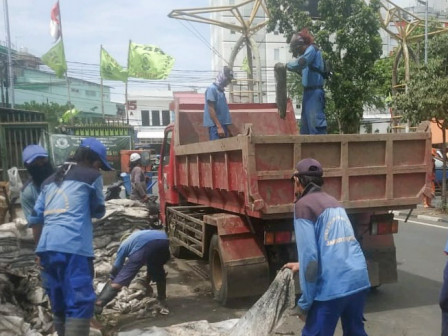 Micro Channel at Pasar Baru has Been Completely Dredged