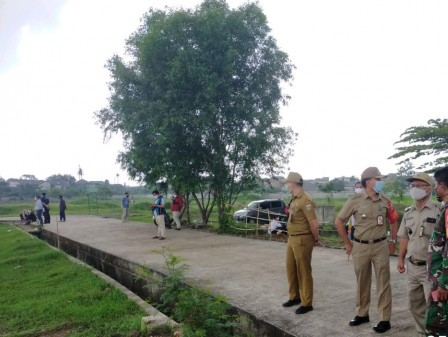 Cipayung Sub-district Head, Fajar Eko Satrio said, from Thursday (1/21) to Monday (1/25), as many as 143 bodies of COVID-19 victims have been buried in Bambu Apus TPU. The funeral process was also carried out in accordance with health protocols, similar to the one at Pondok Ranggon TPU.

In detail, there were 9 bodies buried on Thursday, 37 bodies on Friday, 40 bodies on Saturday, 38 bodies on Sunday, and 10 bodies on Monday.

According to him, Bambu Apus TPU now can be used for burial ground with size of 3,000 square meters. It is divided into 4 blocks, where 3 blocks are used for COVID-19 victims and 1 block for public cemetery. Total capacity of those 4 blocks is around 700 burial plots.

"We hope residents can be more disciplined in complying health protocols to reduce number of COVID-19 victims," he asserted.