Culture Agency Supports Artists Who are Productive Amid Pandemic 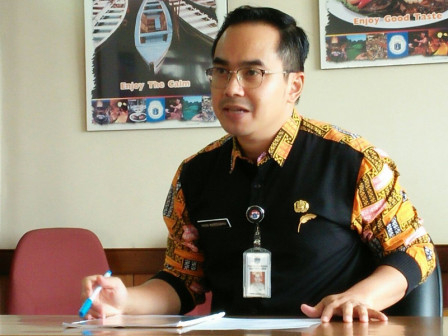 Jakarta Culture Agency supports artists who hold the world's largest summer music festival in 2021. The Indie Summerfest Band Festival and A&R Department of ReverbNation will work together to select 15 ReverbNation artists who will perform at this year's festival.

In 2019, ReverbNation artists that were selected and placed at festival, namely Billie Eilish, Jennifer Lopez, Snoop Dogg, and many more. In 2021, Cilay Ensemble was chosen to represent Indonesia as the last nominee for the opening of this year's song category.

Cilay Ensemble works on ethnic-electronic music, such as Garundang, a fast tempo music with Minang nuances. The composition tells about dexterity and agility of little frogs, which in Minang language it called Garundang. The dark colors displayed give a certain image. Garundang is one of three compositions of Cilay Ensemble, where the other two are entitled Samigiwe and Antalogaina.

Meanwhile, Samigiwe sounds softer, more melancholy and seductive, that tells the separation from the most loved ones. Then, Antalogaina is fast-paced song played using traditional musical instruments, which tells the struggle and challenges faced by fishermen while at the sea that inspired by fishermen in South Sulawesi. Those three compositions were created by Cilay Ensemble in 2020 with ethnic music elements from various regions, such as Batak and Kalimantan.

Cilay's songs are on the intro songs together with dozens songs from musicians around the world. Music lovers and enthusiasts listen to Cilay's songs thus it can enter the Hall of Fame and become more known. It is not an easy way to get into online radio networks, including to pay registration fees and pass the curation. But Cilay was lucky enough because it didn't have to pay register fee since it was asked by Radio Amazing to upload the songs after they heard it on Twitter.

Not only at Amazing, other online radios have broadcasted the songs made by that alumnus of Indonesian Karawitan Arts Academy (ASKI) Padang Panjang (now called ISI Padang Panjang) in 1986. Although they don't received material benefits, Cilay is still happy because there are more international radios that broadcast their works and widen their opportunity to earn more money.