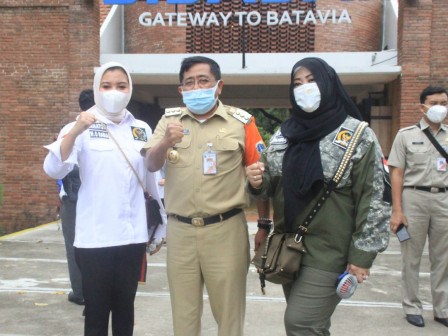 " We support it and will be followed up for the proposal"

This statement was conveyed during a working visit (kunker) to the Thousand Islands Regency to discuss and absorb people and region's aspirations related with the monitoring on Law number 24/2007 on Disaster Management.

"We support it and will be followed up for the proposal," she expressed, Bidadari Island, Untung Jawa Island Urban Village, South Thousand Islands Sub-district, Monday (1/18).

"This is a serious issue, so we need it as facilitators," he explained.

He also filed a One Aman (safe) One Life Jacket program for Thousand Islands people as an anticipation stage.

"Hopefully the visit of Committee II DPD can be accelerations and everything can be realized quickly," he stated.