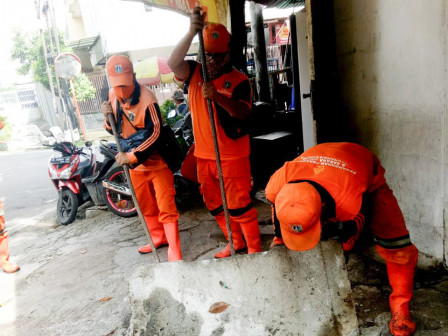 " There are 8 sacks containing plastic waste, leaves, and mud which collected from the channels"

Cideng Urban Village Head, Agus Aripianto conveyed, 13 PPSU personnel were deployed to clean up mud and garbage which clogged the channels. Later on , the collected mud and garbage were disposed to Tanjung Kelor TPS (temporary dumpsite).

"There are 8 sacks containing plastic waste, leaves, and mud which collected from the channels," he mentioned.

According to him, this cleaning was done to minimize inundation that often occurred on both locations when the heavy rain falls.

"After it is cleaned, we hope water can flow normally thus no inundation in the future," he said.