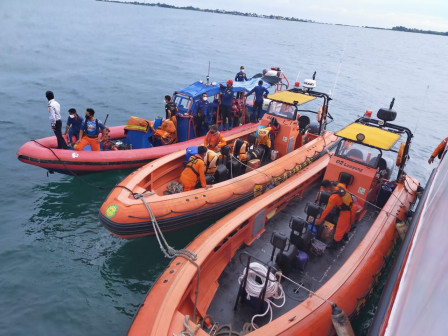 Seven military vessels and four rescue boats belonging to the Jakarta Provincial Government have been deployed to assist the search process for the crashed Sriwijaya Air Flight SJ-182 in the waters of the Thousand Islands.

Thousand Islands Regent Junaedi said his party had been involved in plane search since yesterday. In this morning, seven vessels and four rescue boats had been sent to the waters of the Thousand Islands.

"This morning the vice governor straight down to the field in the search process along with the other," he expressed, Sunday (1/10).

He went on to say that the search process was directly under the command of Basarnas with focused concentration area reaches 96 square nautical miles. Its process was divided into four zones.

"There are eight firefighters who also participate in the search process under the sea by diving," he stated.