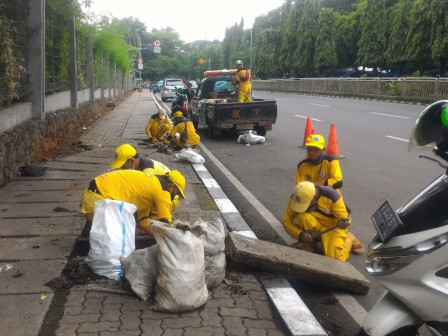 " Most water channels are clogged by garbage and soil"

"Most water channels are clogged by garbage and soil," he said, Thursday (1/7).

In this activity, personnel dismantled about 10 water channels because the soil clogging the channels had hardened with accumulated garbage.

Bina Marga personnel were not only cleaned the channels, but also repaired damaged sidewalk on the side of those channels.

"We replace some damaged concrete blocks with the new one thus it will be safe for pedestrians to use the sidewalk," he explained.