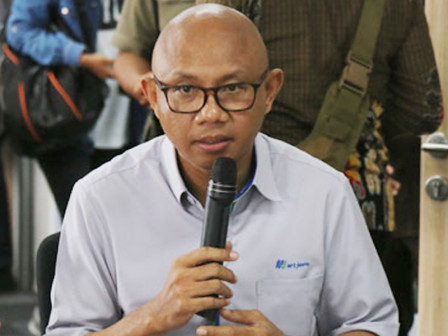 PT. MRT Jakarta is ready to build Mass Rapid Transit (MRT) projects for Phase 3 (Ujung Menteng-Kalideres) and Phase 4 (Fatmawati-TMII). Various efforts have been done, including finding investors for the projects.

" This year, PT. MRT Jakarta will start feasibility study (FS) and project design, as well as finding investors for the project"

PT. MRT Jakarta (Perseroda) President Director, William Sabandar conveyed, the Phase 3 is being designed by Transportation Ministry (Kemenhub). While from feasibility study result, MRT Phase 3 line will be as long as 31 kilometers and cost about Rp 51-55 trillion.

"This project is targeted to finish in 2028. So far, there are several investors both from institutions and banks who are interested to participate," he mentioned, Wednesday (1/6).

Meanwhile for Phase 4 (Fatmawati-TMII) construction is targeted to start in 2022 and finish in 2027. Phase 4 line will be 12 kilometers long that cost about Rp 25-28 trillion.

"This year, PT. MRT Jakarta will start feasibility study (FS) and project design, as well as finding investors for the project. There will be a new line which developed from public private partnership scheme on the southern route, from Fatmawati to TMII. In 2022, construction is expected to begin until 2027," he explained.

His side prepared funding source in form of public funds, namely government bonds. PT. MRT Jakarta will also open opportunities for private partners who are interested in assisting government funding.

For information, PT. MRT Jakarta is currenty building Phase 2A Bundaran HI-Kota route which continued to Phase 2B that connects the line until depot in Ancl Barat, North Jakarta. In total, there will be 8 underground stations with line as long as 7.8 kilometers.