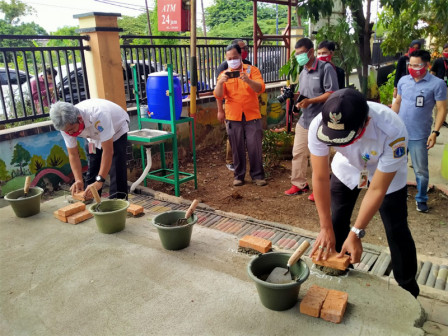 " It is targeted to be completed for two weeks"

"It is targeted to be completed for two weeks," he expressed.

He explained it would be built on a 3x6-square-meter width land and would be completed with a gazebo and three shelves for 1,100 books.

"By so, it is able to increase public interest in reading, especially children," he expressed.

Similar statement also came out from Cakung Sub-district Secretary Septalina Purba. He hoped, it could be useful and be an interaction space for residents in Cakung Barat area.

"Hopefully it can increase the productivity of children and mothers amid the pandemic," he hoped.