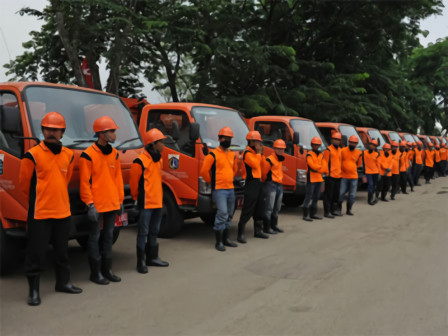 At least 1,000 personnel of Jakarta Environment (LH) Agency are ready to secure the New Year's Eve. The hotline is open to smoothen communication if the urban village needs more personnel.

Jakarta LH Agency Head Syaripudin said, those personnel would be alerted in each sub-district on the New Year's Eve.

"When needed, they can be quickly dispatched to the field," he said, when being confirmed, Wednesday (12/30).

They consisted of janitors, dump trucks and supporting personnel. Despite the urban village already had PPSU, the agency was ready to support if the situation was urgent.