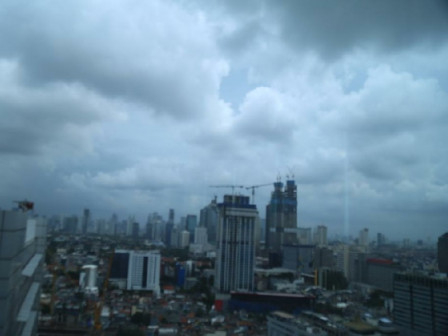 Jakarta will see light medium rains on this Wednesday (12/30).

The weather prediction was made by the Meteorology, Climatology and Geophysics Agency (BMKG), which also said that five regions would be cloudy in the morning.

He explained that West Jakarta and South Jakarta would be cloudy in the evening, except in Thousand Islands.

Temperatures are predicted at 24 to 31 degrees Celsius with humidity of 85 to 95 percent. While the Southwest-West wind speeds, 05 to 37 kilometers per hour.

BMKG also urges residents to be aware of the potential for rain accompanied by lightning and strong winds in South and East Jakarta areas in the afternoon.