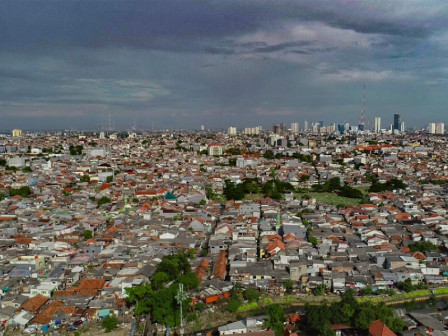 The Meteorology, Climatology and Geophysics Agency (BMKG) has forecast that parts of Jakarta area will see light to medium rain in the afternoon.

He added that East and South Jakarta would see some rain in the afternoon. Meanwhile in the evening until at dawb, cloudy is expected in five regions and Thousand Islands.

"Temperatures are predicted at 23 to 32 degrees Celsius with humidity of 75 to 95 percent. While the Southeast-South wind speeds, 05 to 20 kilometers per hour," he told.

Further, BMKG also urged residents to be aware of the potential for rain accompanied by lightning in South and East Jakarta area during the day and evening.