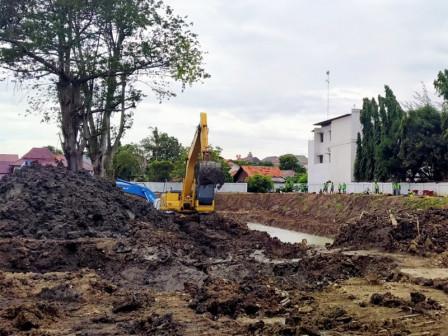 "It is targeted to complete by the end of this year"

East Jakarta Water Resources (SDA) Sub-agency's Maintenance Division Head Puryanto said as many as three heavy equipments were alerted to speed up the work that had been started since early September, namely big-sized amphibious, long arm and standard excavators.

East Jakarta Mayor Muhammad Anwar added, despite it was not completed yet, its existence could minimize flooding in residential areas spread over RW 06, 07 and 08 Cipinang Melayu.

"In line with that, we also start planting various plants in the area to make the area greener," he stated.