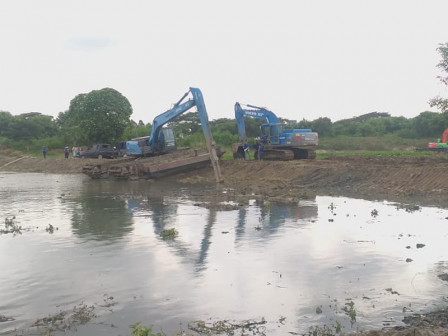 " It is also done to accommodate rainwater maximally and minimize inundation in RW 07 and 08, Cakung Timur"

He said it was conducted, as the reservoir had experienced silting, thus the depth needed to be increased up to two meters.

"This work has been ongoing since one week or around five percent and is targeted to be complete by the end of this year," he said.