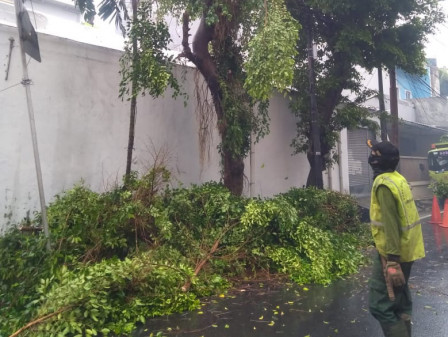 The Central Jakarta Parks and Urban Forest Sub-agency has noted that as many as 6,914 trees in eight sub-districts have been pruned along January to November.

"Tree pruning is done to anticipate fallen tree in the rainy season," she told, Thursday (12/3).

According to him, it was conducted to follow up on residents' aspirations and suggestions from related agencies that are conducting channel arrangement in order to anticipate flooding.

"To do it, we have sent 10 teams of green troops at sub-district and city levels," she closed.