Here is One Year Achievement of Commercial LRT Jakarta 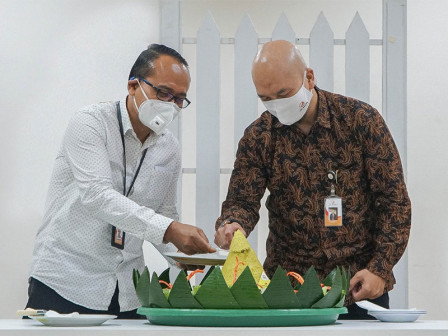 Exact date of December 1, the commercial public transportation operator LRT Jakarta has turned one year old. Many achievements and breakthroughs have been made so far.

"A good start that can still be developed considering the LRT has modern facilities and infrastructure with the potential for service integration between modes of transportation," she expressed, Wednesday (12/2).

Since its inauguration until now, she explained, there had been many achievements and changes in the services provided for the LRT's development.

"Access to enjoying travel services is so easy, with just one card or one digital grip. Yes, it's so simple," he said.

In the ease and achievement that had been achieved, there were stages and a journey that was passed before operating commercially. They were the preparatory stage in June 2016, large-scale construction in January 2017, the arrival of the first train in April 2018, the operation test in August 2018, and the public test in June 2019.

"It is a proud achievement in presenting modern rail transportation services in a period of approximately three years considering that on average, a railway construction project takes at least 4-5 years to operate commercially," she told.

Since the commercial operation of LRT on December 1, 2019-until now, they already had many other achievements in certain fields. Among them, the ISO Quality Management System certification award in April 2020. Then right on December 1, 2020, they received the "Golden Award" from the DTKJ Awards as Fair Transportation for Disabilities.

Seeing this achievements, it proven that they were committed to providing safe and comfortable services for Jakartans.

As for the information, the commercial one-year commemoration was also enlivened with various attractive promos for LRTJ users, namely 100 percent cash back from LinkAja, Rp 1, - for Bank Mandiri and Bank BCA e-money card users.