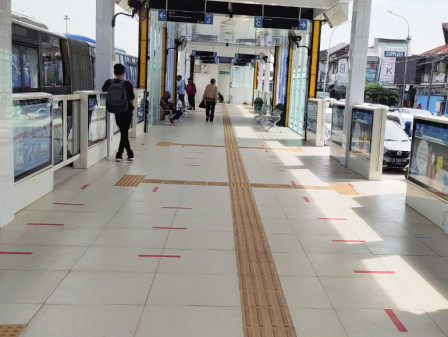 Senen Bus Shelter construction has been completed. Now, the bus shelter has returned to serve Transjakarta bus users since Sunday (11/22).

" With those facilities, people can be more comfortable in Senen Bus Shelter while waiting for bus arrival"

"We want to provide wider space for customers, especially in the midst of pandemic, thus people can maintain their distance according to health protocol," he mentioned, Tuesday (11/24).

From its appearance, now the shelter is installed with 12 doors, while previously it only had 6 doors. This way, she expected, passengers can be safer and more comfort in using it since Senen Bus Shelter is a transit stop.

Moreover, it is equipped with prayer rooms, disability-friendly toilets, lifts, as well as women and children-friendly space or multipurpose room.

"With those facilities, people can be more comfortable in Senen Bus Shelter while waiting for bus arrival," she added.

Senen Bus Shelter is also directly connected to pedestrian bridge (JPO) built by Jakarta Bina Marga Agency with plano pattern. It was made with modern and contemporary concepts that is similar with JPO located in Gelora Bung Karno (GBK) Bus Shelter, Central Jakarta.

"Payment method at this gate can be done using electronic money or QR Code feature on TIJE application which can be downloaded by iOS and android users," she explained.