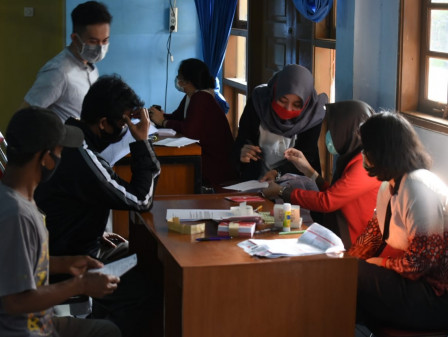 "Compensation fund is disbursed using Bank DKI account to support non-cash and accountable financial transactions, as a synergy between Jakarta BUMDs in order to build a cashless society," said Hifdzi in a written statement received by beritajakarta.id, on Saturday (11/21).

RAP disbursement process, he continued, was a form of Jakpro's concern for the welfare of the affected people thus his side wanted to share the positive side of JIS development project.

"Jakpro realizes the importance of their welfare by building a mega-structure monument that will not only be a pride of Jakarta residents, but Indonesian people in general," he said.

Based on humanitarian principle, PT. Jakpro provides them an opportunity to voice their wishes, especially that related with RAP implementation. During RAP process, Jakpro specifically opened forums and discussions with residents thus what had been attempted didn't harm both parties.