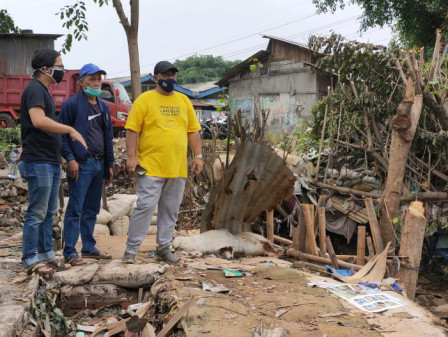 He explained two amphibious excavators had been operated to dredge up mud from the river. Sedimentation and river narrowing had made the area around Mampang River often flooded when the water flow was high.

That was why it was done to accommodate water in large quantities when rain poured. "The river has six meter width thus we operate two excavators. So we dredge up the mud up to five meters from the surface," he stated.