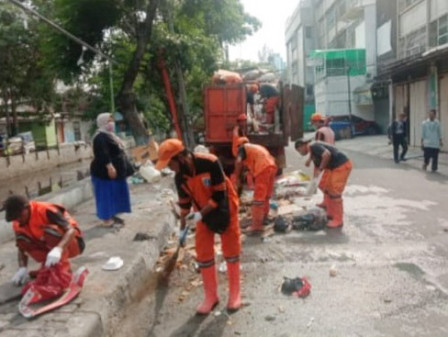 " In a day we can clean three up to four channels"

Krendang Urban Village Head Al Barkah said, since September until now, every day personnel were deployed to check and clean every micro channel present in its area.

He added it was carried out to anticipate pud dles and floods," he stated.